Filtering is the process of taking out and/or boosting frequencies, often done via the use of an Equaliser or EQ. Filtering’s purpose is in the name, with the target of applying one to a track to take out specific frequencies. Some general filters include high-pass, which cuts off frequencies below a certain level and is shaped like this [1]; 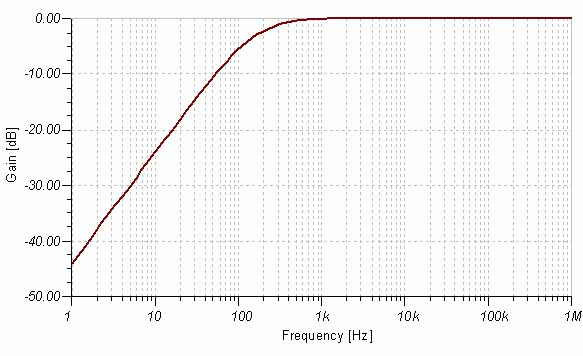 This filter is good to filter out low end hum and frequencies that make a mix or sound muddy or too bassy. It is named a high-pass filter because it allows only higher frequencies before the cut off through the EQ. As a result, other words for a high pass filter include a low-cut filter or a bass-cut filter as it is cutting frequencies in the lower end of the frequency range. 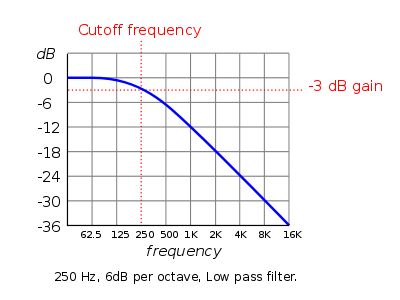 The reason I’ve gone into depth with these two filters is because a band pass filter is literally a combination of both the low and high pass filters. It looks like this [3];

It is often used in wireless communications systems to filter out low and high frequencies that can be problematic when trying to communicate. Despite it’s obvious practical uses, band pass filtering is also quite prominent as an artistic technique and is utilised well in lo-fi music, as the genre is generally supposed to sound of lower quality than professionally created tracks.

For example, go ahead and listen to literally any track on this radio station and I almost guarantee you that one instrument or source of sound is band passed.

Another creative use of band-passing is to use it to recreate certain effects in post-production. For example, if I were editing a scene where a character is walking through a mall and is able to hear music from a distance, I would generally band-pass a lot of the high frequencies and some low frequencies leaving mostly low-mids so as to emulate what the human ear would actually be hearing in this scenario.

Another example takes shape with a Voiceover I have recently done which was to be completed for a skydiving company to show to its passengers just before they jumped out of the airplane.

The original, dry voiceover with a slight bit of reverb and some small editing sounds like this:

Now, if I wanted to emulate how it would sound when the passengers of the airplane were watching this on a screen in an aircraft, I would use a band-pass filter to emulate it, as the rushing air would generally take a lot of the high and low frequencies out of the equation, leaving mainly mid frequencies with a bit of spill on either side. It is also assumed that these speakers wouldn’t be of amazing quality.

As such, we apply a band-pass filter like so;

This achieves this sound in the voiceover;

Now, we apply a little bit of distortion and voila! The voiceover sounds as if it would be coming from the speakers on board a light airplane before some people skydive!

Q. What are filters and what do they do? |. (2018). Soundonsound.com. Retrieved 9 April 2018, from https://www.soundonsound.com/sound-advice/q-what-are-filters-and-what-do-they-do